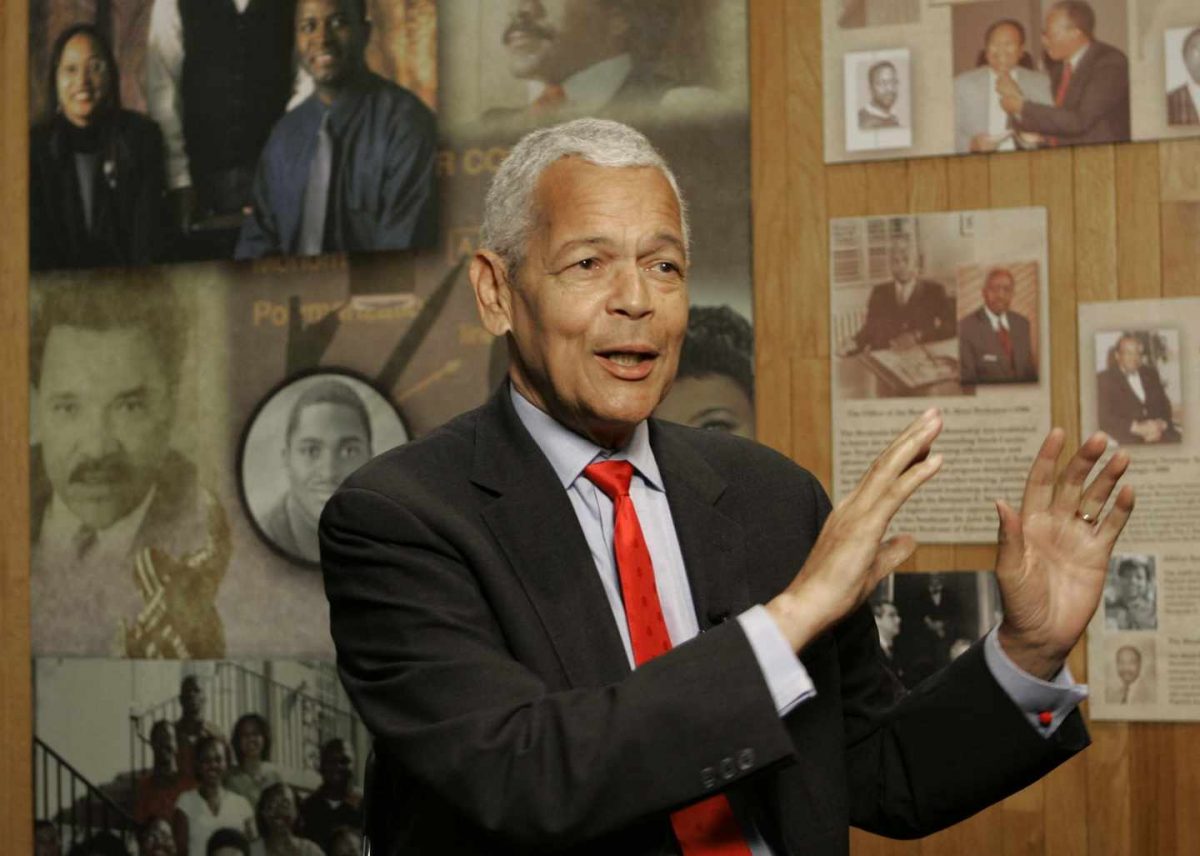 Politics ruins everything. I refuse to let it ruin the English language.

On this, it appears the late Julian Bond, Georgia state senator and chair of the NAACP, seems to have agreed. We have cited him here before, when he defended a Washington, D.C., mayor’s aide who used the word niggardly in a meeting. Bond was not confused about the word’s meaning, nor was he offended. In this article by one of Bond’s former assistants, the civil rights leader apparently also quipped, “Guess I can’t go to Cancun on vacation.”

Mr. Samuelson felt compelled to write in response to the relatively minor dust-up surrounding a professor’s utterance of a Chinese filler phrase. You may have heard the story: The USC business school prof included the Chinese words nei ge in a lecture on international communications. Some students banded together to call Patton out, saying he had “offended all of the Black members of our class.” Ironically, Patton said he offered the example to foster greater inclusivity and understanding of diverse cultures. No good deed, you know.

If you’re a Lexicide regular, I’m betting real money you side not with the “Black MBA candidates c/o 2022” (for no one signed his individual name to the letter of grievance), but with Mr. Bond, who famously said, “You hate to think you have to censor your language to meet other people’s lack of understanding.” The aggrieved MBA candidates disagree, apparently: “This phrase…is always identified as a phonetic homonym and a racial derogatory term, and should be carefully used, especially in the context of speaking Chinese within the social context of the United States.”

There are many, many homonyms or near-homonyms that Anglophone use wrong. Stagnant does not mean static. Bemused is not the same as amused. Duplicitous has never meant duplicated. A reasonably educated person (I assume a USC MBA candidate qualifies) is expected to know these truths. Likewise, a mildly erudite Asian American does not find offense at “chink in the armor,” nor does an Italian American take umbrage at “whopper,” nor Latinos to “spic and span.” And those are actual homonyms, not close calls.

The University of Southern California missed an educational opportunity here. The dean could have told his students to get out from their little bubble and see the world from a Chinese speaker’s perspective (which was the point of the lecture). Instead, he groveled and removed Professor Patton from the class, at least temporarily. In the scheme of cancellations, this one had small import for Patton’s career. But for the students? They learned knee-jerk sensitivities and quickness to anger are higher virtues than global understanding and language comprehension.

And for that, Julian Bond is turning in his grave.