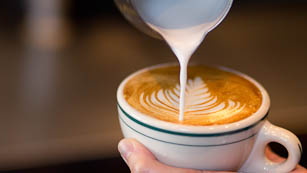 Back in the spring, I put out a request on Facebook. I implored readers to submit their favorite English words or phrases whose meanings hinge on an archaic or little-known definition. I was inspired by a mini-uproar over the Church Militant website. While that name sounds belligerent, the concept of the church militant has been part of Christian theology for millennia, as evidenced by the Latinate ordering of noun and adjective. While militant does indeed come from the Latin milites (footsoldier), in the church militant Christian “soldiers” struggle against evil on Earth until they join the church triumphant (Heaven). The vast majority of practicing Christians understand the church militant struggles against temptation, sin, and despair more than political foes. However, the website and organization seem to espouse a different philosophy, and the New York Times never misses a chance to fire a shot in their tireless crusade against violent Christian extremists.

(The best comparison I can make, based on my limited knowledge of Islamic theology, is to jihad. The Times has spent many pixels and type blocks emphasizing that for the majority of Muslims, jihad means a struggle against temptation, sin, and despair, not blowing up buses.)

I used militant as my springboard because Christians understand it (in the context of church militant) as a synonym for “struggle” or “labor.” Once upon a time, this was the secondary definition of the word and except in church militant, that meaning is now dead. Another such word is prove, as in “the exception proves the rule.” No, that aphorism doesn’t mean an exception ratifies the rule — rather, it tests the rule. Read in this manner, the phrase actually makes sense! The outmoded definition also survives in “the proof (read: test) of the pudding is in the eating” and proving ground, a place where machines, munitions, and ideas are tested.

So on to the submissions. David from D.C. wants everyone to know about the word panic. Originating with the Greek god Pan, it used to mean “wild and uncontrolled,” because Pan would sometimes cause herds to stampede. That birthed the phrase panic fear, which eventually shed the second word but retained the whole meaning of an “uncontrollable fear or anxiety.”

Harvard PhD Jeff (yes, we have the most learned readers) offered us an espresso, or as some in the Anglophone world misstate it, expresso. “Expresso” is etymologically correct, as espresso literally translates to “express.” So why is an espresso an “express”? Because it’s made quickly? According to Jeff and other sources, it draws on an older meaning of express: made to order. However, still other sources claim another, obsolete meaning of express: to press out. Considering how espresso is prepared, both theories have merit. By the way, the “press out” meaning is not entirely archaic — nursing mothers sometimes need to squeeze their breasts to express milk.

Jeanne submitted begs the question, but in this case begs is more of a mistranslation than an archaic definition. This phrase deserves its own article, and Lex has promised to write one.

At this point, loyal reader Anne the English Teacher chimed in with a subject that keeps her up at night — words that perhaps we shouldn’t use because of their politically incorrect origins. She started with denigrate (“to blacken”) and wondered why those who are not white supremacists would use such a sinister word. Again, I think this issue deserves its own article. And here it is.