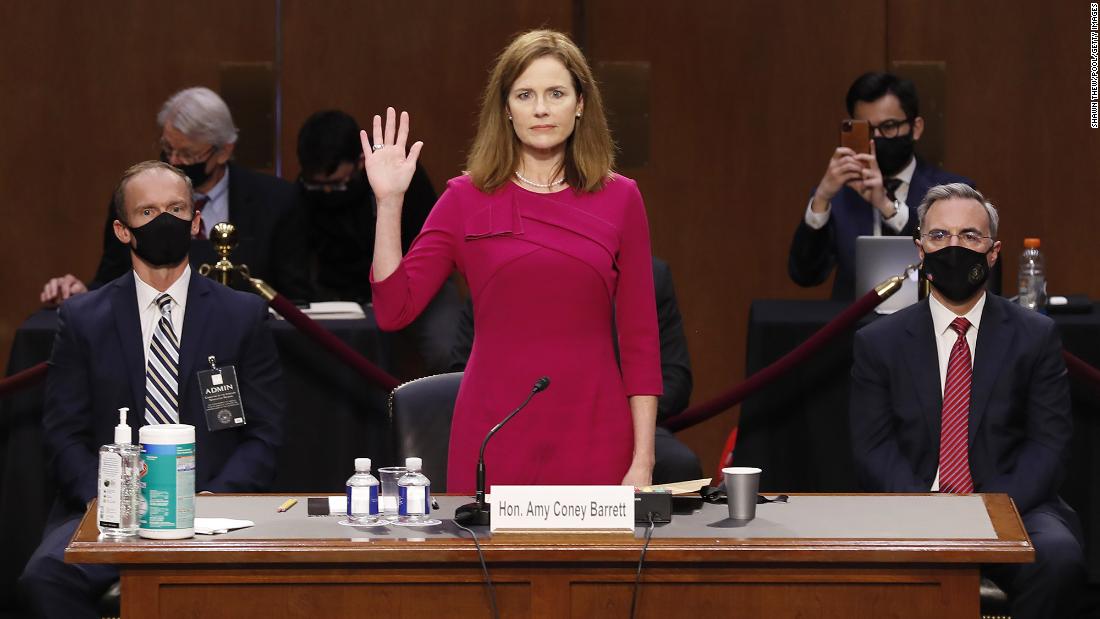 The inciting event? During Judge Amy Coney Barrett’s confirmation hearing, she used the term sexual preference in answer to a question from Senator Mazie Hirono:

“Sexual preference is an offensive and outdated term, it is used by anti-LGBTQ activists to suggest that sexual orientation is a choice. It is not.”

Apparently, Merriam-Webster’s online dictionary felt the need to back Senator Hirono up. Within hours, they changed the definition of preference to “offensive” when used to describe sexual orientation.

On my personal Facebook page, I designated this as a “hit job.” I got a lot of pushback from my progressive friends, who claimed this change needed to be made and didn’t see any ill will in the timing. I responded dictionaries are descriptive, not prescriptive. No one moved an inch, probably more due to our opinions on Barrett and Democrats than our views on lexicographies.

So I thought I’d bring in Lex, the silent partner of Lexicide.com.

Despite our avowal to political neutrality (not correctness nor agnosticism), Lex and I do actually have opinions. I (Otto) am a Southern conservative. Lex is a Bay Area liberal. My part of the conversation is italicized. Lex’s is boldfaced.

Is the dictionary descriptive or prescriptive?

You didn’t answer the question.

You pointed out a while back that there is only a benefit to a business in taking the progressive side.

Yes. I think your reasoning is that conservatives don’t go in for boycotts and cancellations, whereas liberals do. So if a company has to choose, they’ll pick the squeaky wheel.

That seems like something I would have said. And I think it’s true now. Once upon a time, some Baptists boycotted Disney over a lesbian fish, although that was ineffective, wrong-headed, and something 90% of conservatives disagreed with.

And I’m not sure 90% of us on the left find “preference” offensive. But to answer the question, regardless of whether dictionaries should be descriptive or prescriptive, they are supposed to be authoritative. I argue they lose their authoritative position when they pull stunts like this.

So you don’t agree with Merriam-Webster’s move?

I think the timing makes it clear it was anti-Barrett. Or pro-Democrat.

Maybe they were just protecting themselves.

Yes, possibly. No one wants to get canceled. Which is another topic altogether. The trouble is this sort of move drew more attention to itself and hurt the left’s position.

Exactly. Living here, where you constantly have to prove you’re on the right side of history —it’s hard to keep up and quite exhausting. But you make your point whenever you have the opportunity. That’s what I think Merriam-Webster was doing.

I’ve done a lot of onboarding employees at various tech companies. HR materials are the touchstone for where we are in terms of sensitivities and what’s offensive at any given time. I’ve never seen “sexual preference,” only “sexual orientation.”

Orientation seems to be the “preferred” (heh) term.

I’ll be here all night, folks!

Perhaps you don’t see it because it is considered offensive.

That’s quite possible. To be honest, I haven’t heard that “preference” is a term to avoid. I think context matters. If Ralph Reed uses it, maybe it’s offensive. Advocate, not so much.

Because you know they’re allies.

None of your LGBTQ friends find sexual preference offensive?

What grandstanding senators and NPR commenters find offensive doesn’t carry a lot of weight with the person on the street. As you pointed out, Kenny Ortega used the term in Advocate and nobody gnashed teeth over it. Yours?

I can’t think of a time I’ve used the phrase sexual preference or sexual orientation with any of them. We don’t sit around talking about the existential condition of being gay.

Why the hell not?!

I’ll make sure to awkwardly introduce the subject next time. You said context matters. Amy Coney Barrett is assumed to be homophobic, then? Biden uses the word preference.

For a person of Biden’s age, I’d expect him to say “homosexual” and not mean it callously. Barrett is younger than we are. I seriously doubt she’s actively anti-LGBTQ.

She is a staunch Catholic. She likely hews to a Christian orthodox view of marriage and sexuality.

If so, then she must have at some point raised a bigger red flag than “sexual preference.” Also, I would argue the contention that it’s offensive makes assumptions that aren’t there. What is doing the preferring?

What is the subject of the preference? If it’s a person’s DNA, then that comports with scientific orthodoxy on sexual alignment.

“Scientific orthodoxy!” I could do a whole column on that.

I’m a scientist. I know of what I speak. Anyhow, we assume the “preference” is some caprice, some choice of the person. But it could also describe a leaning that’s influenced by biology.

I’m troubled by your comment on context. Don’t words have the same meanings and connotations regardless of who utters them? Barrett apologized afterward; she wasn’t aware the word was offensive (if indeed it is). If she’s a homophobe, she’s not a very committed one.

That brings us to another reason why Hirono pounced and why Merriam-Webster caved. Linguistic gatekeeping. You see this all the time out here. A small group claims authority over a word or group of words, or they designate certain phrases offensive that have always been neutral. In doing so, they claim power over others. The linguistic gatekeeping trend is very odious. It creates division and confers a sense of superiority, except that superiority is not earned — it’s simply there to fence out people, to deny them a part in the conversation.

We (I) have written about this a lot lately, with Black and Latinx. I remember a while back, NPR declared Latino and Latina correct rather than Hispanic. But my Latinx article made it clear people with Latin American heritage prefer Hispanic. Moreover, government forms use Hispanic.

Who decided? It’s a fight for authority.

Why can’t Hispanics decide? I and my family referred to ourselves as Oriental growing up in the 1980s, then a white friend tells me I can’t use that term because it’s “othering.”

White people are weird. I say that as a white person.

It seems like we’re back to whether dictionaries are or should be descriptive vs prescriptive. You refuse to take a position on this? I say they have a duty to be descriptive.

Maybe the OED’s motto should be “We report. You decide”?

Okay, point taken. I guess dictionaries are also prescriptive. They mark up words with [vulgar], for example. I say you should never use foul language in business, government, or journalistic communications. Obviously, many news outlets disagree, and several of my friends urge swearing in any kind of document. I should point out these friends are uniformly progressive.

If someone doesn’t like Merriam-Webster’s handling of this, they can start a competing dictionary.

Or Lexicide can refuse to cite Merriam-Webster in the future. For surrendering its authority to demonstrate its fealty to a political group.

Another problem with linguistic gatekeeping is you will always be behind the curve. Maybe M-W should have added the “offensive” tag ten years ago. No matter what they do, they’ll always be chasing the new trend. As I mentioned, it’s very stressful.

One of the advantages of being a retrograde reactionary. What’s the next linguistic shift?

That term exists already. Why should it ascend, other than to keep the linguistic gatekeepers in avocado toast?

To encompass asexuals, people who say they have no sexual interest. Orientation assumes you fall somewhere on a spectrum from straight to gay. That’s offensive to those who identify as asexual.

Asexual has a very specific scientific meaning. It doesn’t mean “sexually uninterested,” any more than “intersex” means the same as “gender fluid.”

This biologist agrees. I was conscious of that while using the term. It makes me think of amoebas. But as Lexicide constantly argues, meanings do shift.

I don’t like words with a specific meaning suddenly taking on another meaning just because someone uses it wrong. Non-libidinous people have a right to eschew sex. But it doesn’t make them asexual creatures.

I think we can and perhaps should defend shifts in meanings. But not for spiteful purposes, as Hirono tries to do, with Merriam-Webster’s support. Not if it exists only to fence people out and deny them a part in the conversation.

Speaking of which, this conversation needs to be denied further oxygen. It’s late.