If you enjoyed our article on call center operator’s hastily conceived phonetic alphabets (or even if you didn’t), you’ll appreciate this video PSA from our friends at CollegeHumor.com. Bravo Zulu. 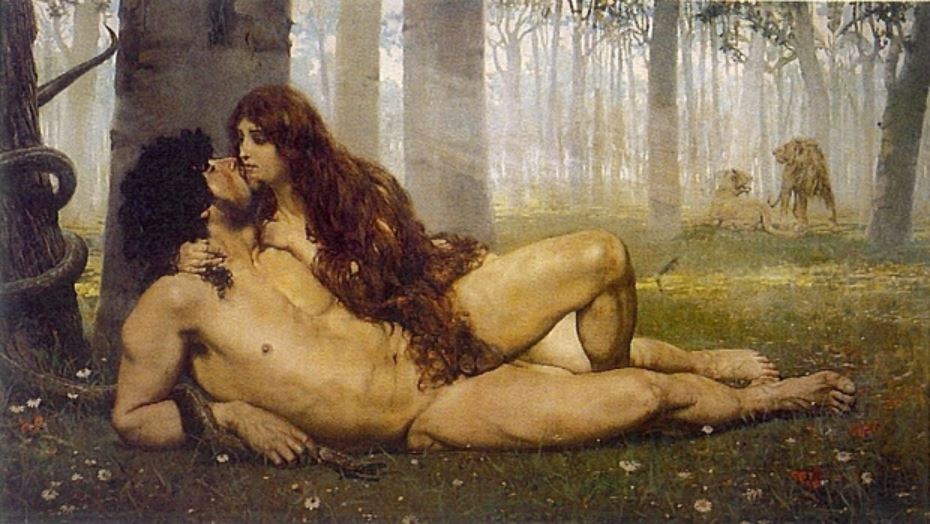 Lexicide’s mailbox is often stuffed with myths, mishearings, and misapprehensions. One of the most common misunderstandings we get involves the origins and usage of man and woman.

First things first: woman does not mean “from man (a male person).” That folk etymology comes from Genesis 2:23:

And Adam said, “This is now bone of my bones, and flesh of my flesh: she shall be called Woman, because she was taken out of Man.” (King James Version)

In Hebrew, the words for woman and man (אִשָּׁה ishah and אִיש ish) might carry this relationship, although there is considerable debate about that. In English, however, the origins of the words man and woman are clearly recorded. Woman comes from Old English wifmann, meaning “female person”, and man comes from Old English mann, meaning… “person.”

If you’re wondering why Old English was so sexist as to use the same word for “human” and “male”, well, it wasn’t. The male counterpart to a wifmann was a wermann, wer* being a cognate of the Latin vir, meaning strength or power (as in a virile triumvirate). Wif gave us the obvious “wife” and meant… “wife.”

Okay, so maybe Old English had a male-centric bent. I had heard once that wif was related to weave (women presumably doing much of the warping and woofing), but current scholarship no longer favors that connection. Women were meant to be wives and wermen were meant to have power. Hey, no one said pre-Enlightenment Anglophones were enlightened.

For modern English writers, the question arises: is it okay to use man as a stand-in for all people? The situation is complicated by our rich treasury of man quotations:

For man also knoweth not his time… (Ecclesiastes 9:12, KJV)

No man is an island entire of itself; every man is a piece of the continent, a part of the main… (John Donne)

I could go on. Proponents of gender-neutral language would urge us to use person, humanity or humankind in place of man, and I certainly grant that when it works, go for it. But in other instances, might sometimes man be the right word?

What a piece of work is man! How noble in reason! How infinite in faculty! In form, in moving, how express and admirable! In action how like an angel! In apprehension how like a god! The beauty of the world! The paragon of animals! And yet, to me, what is this quintessence of dust? (Hamlet, Act II, Scene 2)

Setting aside the fact we don’t mess with Shakespeare’s words, would this monologue be improved if it were “What a piece of work is humanity”?

What about Neil Armstrong’s famous utterance? Would it have had the same power if he’d said “That’s one small step for a man, one giant leap for humankind”?

Those are good questions. But most of us are not Shakespeare, Donne, or Armstrong. For that matter, most of us won’t ever address the human condition in a brochure or web page. If we do, we have the option to craft phrases which are inclusive and poetic at the same time – at least until the client changes them.