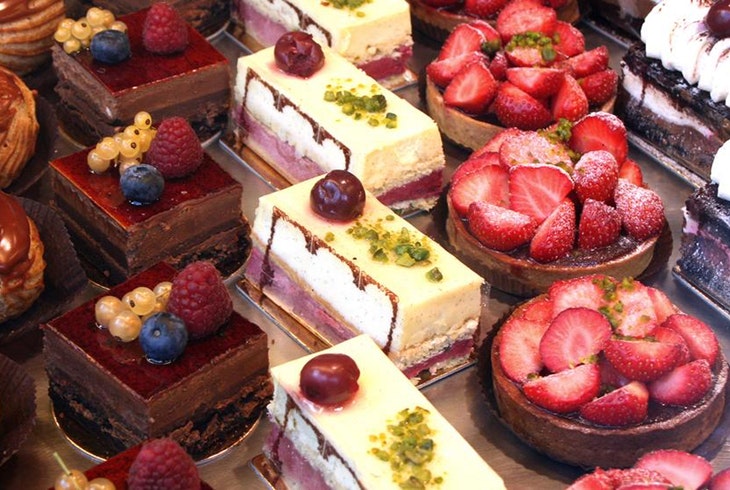 I asked our 40 or so followers on Facebook this question:

DISCOMFIT — what does it mean? (Don’t look it up.)

We got the typical smartenheimer responses:

It’s when you just can’t quite find the right position setting for the cushy recliner you’re sitting in.

It’s a portmanteau for the formerly ubiquitous disco ombré outfit, aka a “doo”.

When a guy from Brooklyn is ordering French food. “I’ll have discomfit, not dat one.”

Causes discomfort, and doesn’t really fit, but I’m gonna make it fit? Like that cute pair of shoes I have…. Or my skinny jeans…

To make uncomfortable in a general sense. Or was I supposed to remark with a witty faux-guess?

Thank you, Marianne. Yes, most people think discomfit is the same as discomfort, and they’re sorta kinda right.

So why do we have two words that mean roughly the same thing, and are they cognates?

The answers: because English is just weird that way, and no.

Discomfort comes from the French desconforter, which literally means “to rob of comfort, to dishearten.”

Scott (the wiseacre who offered the Brooklyn “definition”) wasn’t too far off, then, because discomfit does indeed share an origin with confit. The French confire means “to preserve or assemble” (hence des-confire meaning “disassemble”) and gives rise not only to confit the food preparation, but also to confection.

So while discomfort and discomfit are not related, discomfit and confection are etymological cousins. That suggests all manner of word-geek coping strategies, since embarrassment is only a few cognates away from cake! (Also being torn apart in battle, but we’ll ignore that.)